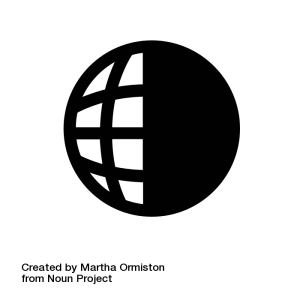 The digital divide refers to the schism of social and economic inequality that separates those who are ‘connected’ and have access to information and communication technologies from those who cannot. The dynamics of exclusion, however are far more complicated than a simplistic haves vs have-nots understanding. While most of the world’s unconnected population resides in developing nations, access is not simply a one-dimensional problem that afflicts the global South or a blanket absence versus presence of Internet technologies. Geography, class, region, gender and race intersect in multiple ways to impact an individual’s access to digital technologies and consequently their ability to engage with world optimally. To put this in perspective, an individual with a high speed home broad band connection in New Delhi enjoys a far greater quality of access than someone who relies on public library Internet in a lower income neighborhood of New York, who in turn has more access than someone in a remote village in rural India where no broadband infrastructure may exist at all.

What do the statistics tell us?

Inequalities in technology proliferation and their consequences are certainly not a new phenomenon. Efforts to map and address these inequalities have been made as early as in 1982, when the Maitland Report of the International Telecommunications Union (ITU) – The Missing Link identified direct correlation between availability to and access of telecommunication infrastructure and the economic growth of nations. But the advent of the Internet and the digital by default paradigm that it is speedily moving towards means that the cost of being ‘unconnected’ are higher than ever. Even as the Internet grows to be more and more integral to the global economy and the defining platform for social and economic interactions, there are large swathes of the world that remain untouched by its seemingly ubiquitous presence. The 2015 State of Broadband a report from the UN Broadband Commission that maps the state of access in each country reveals that 57 per cent of the world are still offline. 90 per cent people living in the world’s poorest countries, which the UN designates as Least Designated Countries (LDCs) have no access to the Internet. In 2014, only 7 per cent of the entire African continent had access to the Internet. Figures from the World Bank’s “World Development Report 2016: Digital Dividends” note that even while more people today have access to a mobile phone over clean drinking water or electricity, almost 60 per cent of the world’s population i.e. a whopping 4 billion people have no access to the Internet. The same report also observed that the presence of digital technologies translates into skewed opportunities and outcomes with high-income, high-skill groups being able to reap more advantages from new technologies. According to the ITU, out of 940 million people living in the least developed countries only 89 million use the Internet, which translates into an abysmally low 9.5% penetration rate. These figures paint a worrying picture- that our unhindered march towards digital technologies has left more then half the world by the wayside.

Emily Hong writes, ‘since the earliest days of the Internet, there has been a digital divide. If you are Black, Latino, or American Indian, or if you didn’t graduate from college or are above the age of 65, you are historically less likely to have access to broadband Internet.’ In a Pew Survey of 2015, thirty two emerging and developing economies were studied where in it was found that high income and education levels, English proficiency and computer ownership were some significant variables in determining access to the Internet.

One of the most common barriers to creating and extending access infrastructure is geography. Market based approaches to providing connectivity to individuals and communities are far from adequate in servicing underserved communities and areas which includes rural or remote locations, sparsely populated areas and or low-income neighborhoods making them commercially nonviable for service providers to invest in. Indigenous populations residing in Native American reservations such as the Najavo Nation which spanning areas in Arizona, Utah and New Mexico covers almost 27,425 square miles in geographical spread have no access to reliable or speedy broadband services and find themselves increasingly isolated due to lack of dependable communication services. Sasha Meinrath, director of the Open technology Initiative in an article on Huffington Post argues that Native American populations “have been purposefully discriminated against in the business models and rollouts of next-generation networks.”

Even where high speed Internet may be available, costs of broadband connectivity prove to be prohibitive to low-income individuals and families. The alliance for Affordable Internet in its 2016 Affordability Report found in a sample of 51 nations, not one had been able to meet the affordability target outlined by the UN Broadband Commission for Digital Development which stipulates that “entry-level broadband services should be made affordable in developing countries through adequate regulation and market forces (amounting to less than 5% of average monthly income).”

Gender is yet another significant factor in determining access. The high cost to connect is exacerbated with respect to women who in addition to being more economically pressed ( on account of the gender wage gap) face cultural barriers and lack adequate technical literacy when compared to men. A 2012 report by Intel suggests that on average, around 25 percent fewer women than men have access to the web with the gap increasing to an alarming 35 per cent in South Asia, the Middle East and North Africa to even 45 per cent in regions such as sub-Saharan Africa. The web foundation also found that women are nearly 50 per cent less likely to access the Internet than men in the same communities.